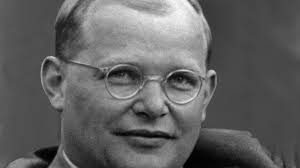 “When Christ calls a man, he bids him come and die.” ― Dietrich Bonhoeffer, The Cost of Discipleship

Today is “Yom HaShoah” or as we commonly call it as non-Jews “Holocaust Remembrance Day.”  This day is set aside each year to honor the memory of the six million Jews who were murdered, to honor the resilience of survivors, and to rededicate ourselves to preventing genocide.  To that end, I want to take a moment to recognize a #RadicalMan of God, Dietrich Bonhoeffer.

At a time when most pastors and priests in Germany were jumping on Hitler’s bandwagon of anti-Semitism, Bonhoeffer joined the Confessing Church, a small but committed group of Christian resistance activists determined to thwart Hitler, Nazism, and the new German Reich Church.  Already established as one of Germany’s preeminent theologians, Bonhoeffer quickly began training other pastors in the Confessing Church movement on how to resist Nazi influence within the protestant church.  Eventually this resistance movement, including Bonhoeffer, formed a plot to assassinate Hitler.  He was arrested, imprisoned, and on April 9th, 1945, one month before the end of the war, Dietrich Bonhoeffer was executed.

During this time Bonhoeffer penned “The Cost of Discipleship” which has become a classic piece of literary theology.

Below is a brief clip from the Museum of the Bible.  For an in-depth look into life and work of Dietrich Bonhoeffer checkout the book BONHOEFFER: PASTOR, MARTYR, PROPHET, SPY by Eric Metaxas.