By: Sam C. Smith
In: Daily Proverb
With: 0 Comments 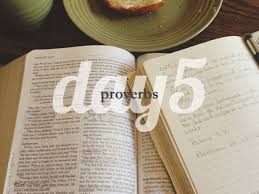 3 For the lips of a forbidden woman drip honey,
and her speech is smoother than oil,
4 but in the end she is bitter as wormwood,
sharp as a two-edged sword.

“It is a matter for great thankfulness that the Bible, which is God’s book rather than man’s, deals so strongly and wisely with one great evil, which has manifested itself in every age and in every state of society. It speaks boldly and plainly; and all who will meditate on its teaching with a prayerful heart, will be saved from many a painful snare.”

Today’s passage from Proverbs is a perfect example of Meyers “bold and plain” dealing with a “great evil” that “manifests itself in every great age and in every state of society” – sexual immorality and the temptation in our flesh thereof.

Our story begins with the allure of the “forbidden” woman, an adulteress.  She is an adulteress in the fullest respect, the wife of one man, and the entice-er of a different man already married to another woman.  Solomon’s poetic description of the temptress is powerful.  The lips and mouth (v.3) are both physical enticements and the mechanism for speech communication which tends to be among the first of steps taken toward sexually immoral associations.  The use of honey and oil perfectly describes the immoral woman’s characteristic nature; Honey is sweet while oil is smooth and pleasant.

But, just as verse 4 begins, “in the end…” the adulteress is yet another path of wickedness leading to a life of pain and destruction.  In classic proverb form, it is the poetic contrast that is so noticeable.  Where the temptress was in display of sweet, sweet honey, only bitter poisonous wormwood was found.  And her smooth oil-like pleasantness?  Well, that was all masking a cold, sharp two-edged sword.  The promises of verse 3 were attractive and alluring, but proved to be hollow and deceptive.  The realities of verse 4 prove cold, destructive, and deadly.

So what now?  After we strip away all the flowery poetic language and the literary contrast so common to Proverbs, what do we have?  Clearly, we have a direct condemnation of adultery and the setup for the direct condemnation of sexual intimacy outside the confines of marriage found in verses 15-20.  Indirectly, we have the warning against all forms of sexual immorality including lust, homosexuality, and use of pornography.  Even more broadly, this passage warns us about the dangers of temptation from all manners of fleshly desire beyond sexual immorality – pride, anger, vanity, self-righteousness, and hypocrisy as examples.

2 Corinthians 10:5 (ESV) – “We destroy arguments and every lofty opinion raised against the knowledge of God, and take every thought captive to obey Christ.”

2 Timothy 2:22 (ESV) – So flee youthful passions and pursue righteousness, faith, love, and peace, along with those who call on the Lord from a pure heart.

Read them (there are also many others), meditate on them, and hide them in your heart so that you can draw from them when needed.  Next, refuse to identify with any area of the flesh.  You are not an angry Christian, a prideful Christian, a gay Christian, or an adulterous Christian.  You are a follower of Jesus, dependent on Him for living water, designed with a calling and purpose, merely struggling with anger, pride, same-sex attraction, or fleshly lust.

Remember – You are not a servant of the kingdom nor a slave to the enemy.  YOUR ARE SONS AND DAUGHTERS OF THE MOST HIGH KING!